2016 Wuxi World Summit on the Internet of Things October 31 in Wuxi.

Xu Haoran presided over the event

During the meeting, Premier Li Keqiang sent a special congratulatory letter to warmly congratulate the holding of the World Internet of Things Fair. He hoped to use the Expo platform to exchange ideas and deepen mutual cooperation, promote innovation and benefit the human society and wished the Expo a complete success.

The first phase of the summit presided over by the Governor of Jiangsu Province Shi Taifeng.Jiangsu Provincial Party Committee Standing Committee, Wuxi City Party Secretary Li Xiaomin welcoming speech. He pointed out that the World Internet of Things to "innovation of the times, sharing the wisdom of the world" as the theme, conform to the development trend of today's Internet of Things and direction of the rich content of the Expo, both forums and product display is the industry trend release platform, Innovative technology and product display platform, but also a unique attractive industry networking platform for the exchange of things, the World Internet of Things Fair held successfully, will enhance the national Internet of things in technological innovation, industrial development, industry use of communication and cooperation, to promote The world's Internet of Things development play an active role. Wuxi has the confidence to become the application of the development of Internet of things Heights, a core area of ？？innovative Internet of Things, Internet of Things application demonstration pilot area, to create strong city, wisdom city struggling to move forward.Vice Minister of Ministry of Science and Technology Li Ping, Chairman of ISO (International Organization for Standardization) Zhang Xiaogang, and Malcolm Johnson, Deputy Secretary General of ITU (International Telecommunication Union), delivered speeches successively from the Ministry of Industry and Information Technology.

At the meeting, Jiangsu Provincial Party Secretary Li Qiang made a keynote speech and said that the Internet of things is opening a new era, to embrace the Internet of Things in order to have the future. Organizing the World Internet of Things Fair, is not only a major event in Jiangsu, but also the world of things the industry's event. Li Qiang said that governments at all levels in Jiangsu will focus on strengthening co-ordination, good planning, good service, multi-pronged, multi-party efforts to create a good ecosystem of things development, technology research and development, product development, application promotion, To Jiangsu can find the appropriate growth "soil" and a broad space for development. 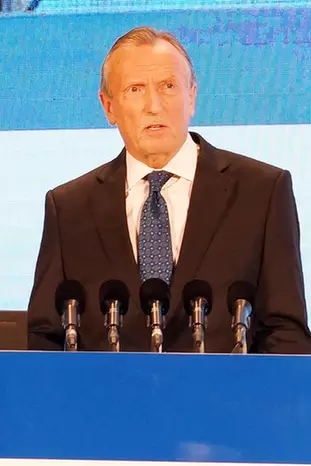 Speakers of this summit a strong lineup, constitute a broad and diversity of the theme closely linked to the development of pulse, highlighting the content of the times and cutting-edge. Among the nine speakers of the summit, there are leaders of international institutions and domestic academicians and scholars; both international Nobel Prize winners and local technical elites; both international network giants and well-known Chinese business leaders. The theme and content of the lecture covers the frontier issues, key issues and major issues of the narrowband Internet of things, 5G, digital economy, high-end sensors and new materials of the Internet of Things. It is bound to spark a heated discussion among delegates and the global Internet of Things.

Jiang Xipei, Chairman of the Board of the Far East Holding Group and Chairman of the Board of Directors, believes that the rapid development of new technologies, new concepts and new models such as Internet of Things, cloud computing and large data will also play a "subversive" "The role. He also mentioned the national housing construction, Development and Reform Commission, the Ministry of Finance in the nationwide foster 1000 characteristics of small town plan, the Far East is also actively involved, look forward to the wisdom of the town, the wisdom of the city to make due contributions.

All Rights Researved. Sue ICP for www.miitbeian.gov.cn # 16024348-1 without the written authorization, prohibiting reproduced.